The Unit Injector System (UIS) has been in the market since 1994. The sytem combines the injection nozzle and high-pressure pump in a single assembly. One such Unit Injector is fitted in the head of each engine cylinder. The high-pressure is built up by the activation of the pump plunger of the Unit Injector by the engine camshaft via a tappet or rocker arm.

The advantage of the Unit Injector System is that there is no high-pressure line between the high-pressure pump and the injection nozzle. This means that the UIS can build up extremely high injection pressures: 1,600 bar in the first generation of the system, 2,200 bar in the current generation. This not only leads to low emissions but also increases efficiency.

The injection nozzle operates with a rapid switching solenoid valve which is triggered electronically. It can produce a pilot injection which reduces engine noise.

The Unit Injection System is mainly employed in the heavy and medium sized commercial vehicles with performance of up to 80KW per cylinder. The electronic control unit can trigger a system comprising  a maximum of eight cylinders. A second control unit allows the system to be extended to 16 cylinders. 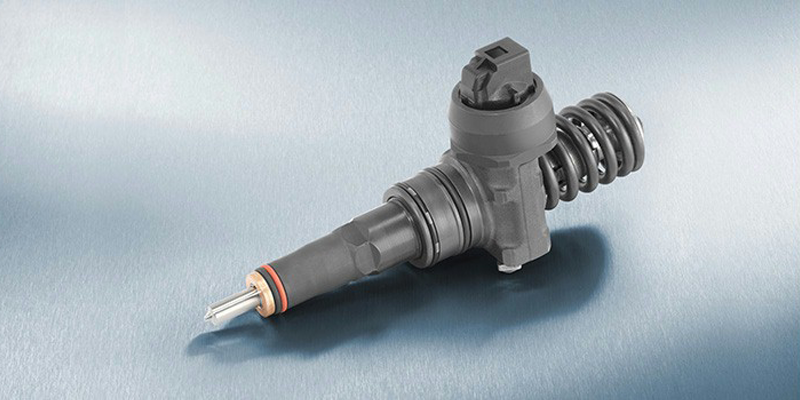